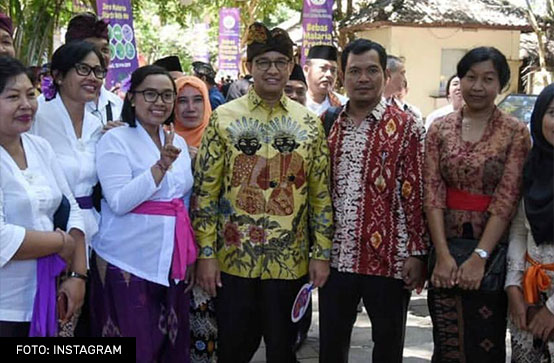 Anies Baswedan is one of Education figures in Indonesia, which formerly he served as Rector of Univerisity Paramadina, and also Minister of Education and Culture of Indonesia. Lately he is more into political sector, and becoming Governor Elect of DKI Jakarta, the capital city of Indonesia from 2017-2022. He is often seen to wearing batik in daily basis.

As seen in the picture, Anies wore Ondel-Ondel Patterned Batik. He also frequently seen wearing many other Ondel-Ondel Batik. Ondel-Ondel is one of Betawi-Origin Cultural Property, which Betawi is an original tribe in Jakarta, and widely associated as the symbol of Jakarta City besides National Monument (Monas)