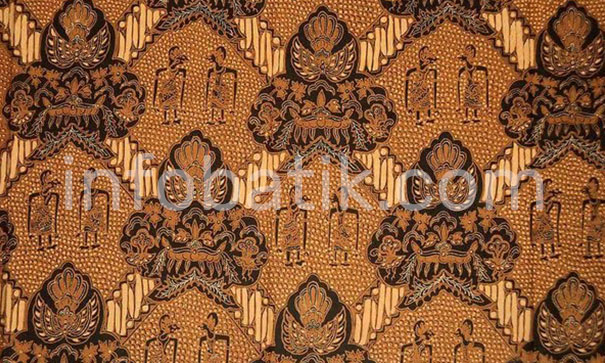 This Ciptoning batik motif consists of several decorative ornaments inside such as scales, puppets, machetes, gurdo, and several animals such as elephants, birds, and butterflies. This motif is depicted with a symmetrical and geometric groove and is connected from one point to another. It is said that this Ciptoning motif was only worn on knights or palace officials. At the time of the Yogyakarta Palace, this motif meant that these officials could manage the country well.

It is said that Arjuna was impeaching himself, praying, and practicing manekung, so he could defeat all temptations and evil intentions and become a Ciptoning Mintorogo Begawan. The main meaning contained in this motif is that the user is given revelations of wisdom from God and can open or set a good example for the community or their followers. Usually this motif is worn on formal occasions and worn by people who are elders or are being emulated.