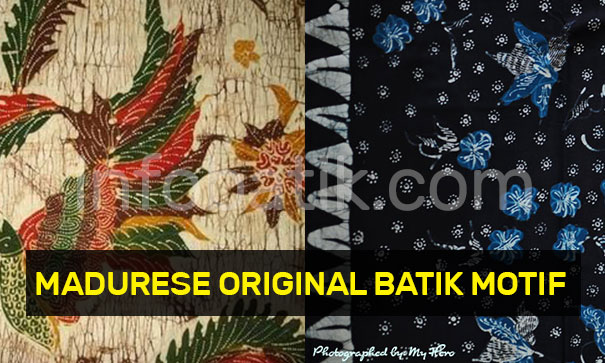 Madura Island is one of the areas in East Java which is rich in cultural diversity. The area which is famous for its worldwide specialty, Sate Madura, consists of four districts, namely Bangkalan Regency, Sampang Regency, Pamekasan Regency and Sumenep Regency. This island is also known for its beautiful and exotic batik. It is said to be exotic because most of the coloring uses bright and solid colors, due to its geographical location on the North Coast of Java, which has characteristic bright and bright colors, such as bright red, bright green, and light yellow. Besides that, most of the original Madurese people have brown skin and dark skin, because the climate and the weather tend to be hot, making these bright colors popular.

Starting from the 16th and 17th centuries, the outbreak of warfare in the Pamekasan area between Raden Azhar and Ke’Lesap. Raden Azhar is one of the spiritual teachers of Adipati Pamkesan, Adipati Arya Adikara IV, and Ke’Lesap is the son of Cakraningrat I with his concubine. Long story short, during the war, Raden Azhar wore clothes of greatness or majesty of batik cloth with parang motif or leres (in Madurese). He looked manly and charming when the war was then continued to become the discussion of the local community and traditional leaders about the batik cloth he wore. This is also associated with the close relationship between Madura and Jogjakarta, where the kings of Mataram in Jogjakarta are still related by blood to the Adipati in Madura, where Cakraningrat I is the subordinate of Sultan Agung, the Mataram Sultanate.

Some of the original Madurese batik motifs include the Lancor, Poncowarno, Wood Fiber, Stone Fiber, and Mata Keteran motifs. The Lacor motif is the original motif of Pamekasan Regency. Lancor refers to the tower on the Pamekasan square. The dyes used were naptol and remasol. Naptol is for red and blue dyes, while remasol is for yellow, rose red, green, and orange. The second motif is the Poncowarno Motif where more colors are used than the Lancor motif, but with a simpler motif.

For the next motif, namely the Wood Fiber motif made in the southern part of the Proppo District. The making begins by covering the motif with malam, then the cloth is placed on top of the lincak and folded 20cm wide. after that the folds are pressed on top of the lincak and repeated several times until the night breaks and forms a crooked line that resembles wood fibers.

For the Stone Fiber motif, it has the same coloring as the Wood Fiber motif. The main difference is in the making of the motif, where the cloth is shifted left and right on a table. Then the cloth is put together and kneaded and followed by dyeing it in a different color with the original color so that it forms a line like stone fibers.

Finally, is the Mata Keteran motif, which is also originally Pamekasan. The dominant colors used are yellow, pink, and green. This motif is symbolized by the turtle’s eye as its main object.