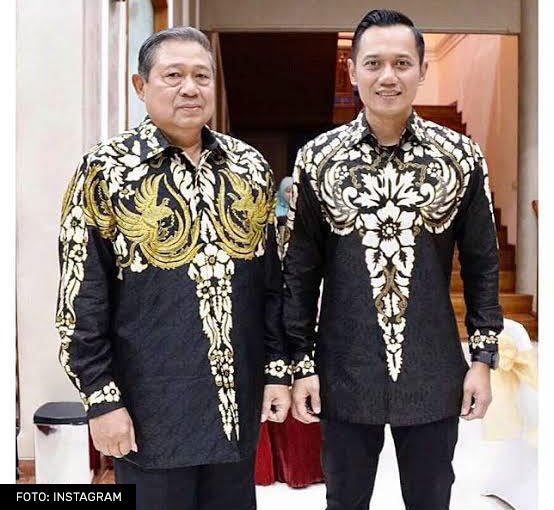 Susilo Bambang Yudhoyono or widely known as SBY is The Sixth President of Indonesia, who has been keen on Batik. It is seen by his appearances in many occasions wearing numerous batik shirts in many patterns. Along with his wife, Mrs. Ani Yudhoyono (Late), he is known as batik collectors, which is safely conserved in their Batik Museum, established in 2006 whilst he was serving as president.

The pattern worn by himself and his son, Agus Harimurti Yudhoyono (AHY), is Benteng Raja pattern. Benteng Raja or Kings Fortress is originated from Pekalongan, Central Java. This is a modified pattern which means it is no longer traditional or original pattern.

The meaning of Benteng Raja pattern is sign of how human being is capable of fortify themselves from any kind of temptations and bad intentions. It is indicated that by only surrendering the life to God in any decisions made. Benteng raja pattern is established on 2016.