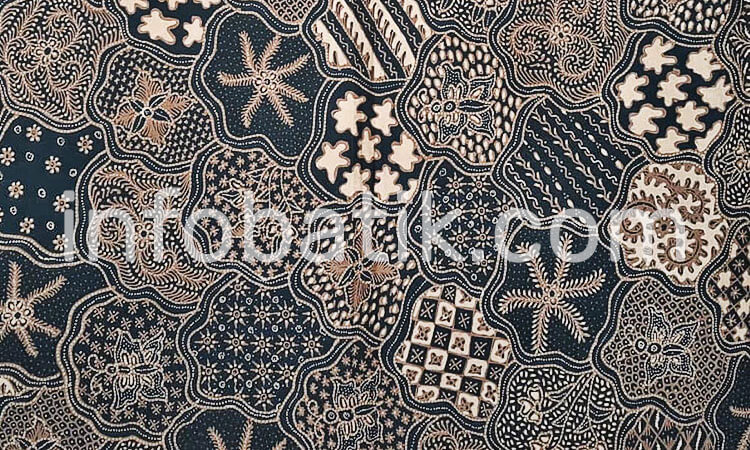 Pattern: Batik Sekar Jagad.
Origin: This motif was developed in the 18th century.

The meaning of the Sekar Jagad batik motif: The name sekarjagad is a combination of the Dutch language “kar” which means map and Javanese language “jagad” which means the world, so it symbolizes all the diversity that exists in Indonesia and the world. Batik Sekar Jagad:

This motif is depicted frivolously with different motifs.

the general meaning is different but still one unit.

Function of Sekarjagad Batik: Usually used by intelligence in the palace. The meaning itself reflects the beauty to be considered good by those who see it.