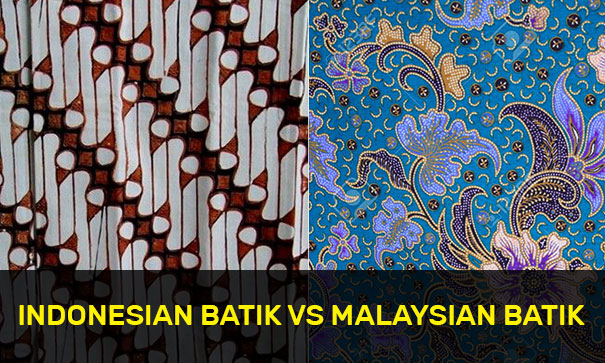 Indonesia and Malaysia are countries in Southeast Asia that are close and similar in terms of geography, demographics and culture. This allied country also has a similar language, which is called the Malay language. Of course, they have not only similarities, but also differences that often lead to horizontal conflicts and conflicts between the two countries. Moreover, one of them is about the cultural roots of batik.

The Difference Between Indonesian Batik and Malaysian Batik

Not only Indonesia which has batik, but also Malaysia. Since the stipulation on October 2, 2009, Indonesia celebrates National Batik Day by UNESCO for Indonesia, Malaysia also claims that batik is the cultural heritage of their ancestors. This time we will describe the differences between Indonesian Batik and Malaysian Batik.

The first difference can be seen from the batik process. Indonesian Batik only recognizes two kinds of traditional batik processes, stamp and write using canting and wax as the medium, while Malaysian Batik usually prefers painting techniques on cloth, or what we know as chopping with a brush medium.

The second difference lies in the motifs and colors, where Indonesian Batik as we know it has hundreds of motifs from various regions and provinces spread from Sabang to Merauke, Minangas to Rote Island, and each motif contains a deep philosophical meaning. In contrast to Malaysian Batik which looks a lot using floral and plant motifs. For the color, Indonesian Batik uses brown, gold, and black colors, whereas Malaysian Batik has bright and bright batik colors such as green, pink, and purple.