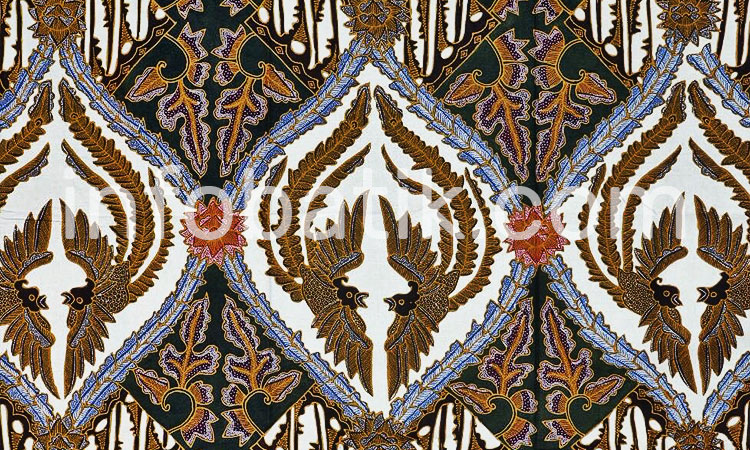 Batik Motif: Sawunggaling.
The Origin of: Surakarta 1980 an.

The Meaning of Sawunggaling Batik Motifs:
The Sawunggaling motif is a combination of the words Sawung namely Roosters and Galing, namely Peacocks.

This motif was made by Ngabehi Atmo Supomo, a puppeteer given to one of the pioneers of batik motifs in Indonesia named Hardjonegoro or widely known as Go Tik Swan. Go is a teacher from Iwan Tirta and Obin, fashion designers in the batik industry.

By Go, this motif began to be widely known because of its motif that resembles a phoenix that is facing. In ancient Chinese settings, this bird is believed to be able to duplicate itself. The meaning of this motif itself symbolizes beauty, strength, and obstinacy.