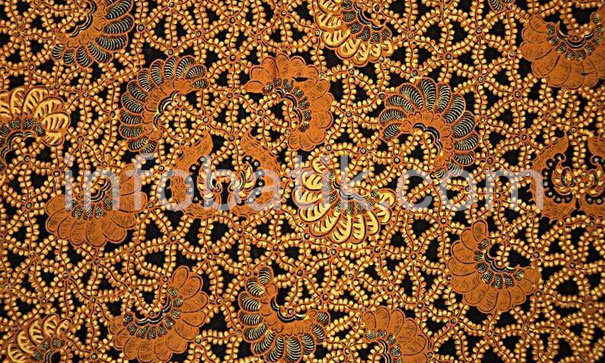 Batik motif Yuyu Sekandang comes from Surakarta or Solo which is usually used in the birth ceremony of a baby or mitoni or seven monthly ceremony. In the custom, a person who is 7 months pregnant wears or replaces 7 kinds of custom cloth, one of which is Yuyu Sekandang. This is meant so that later the mother’s relationship process will be as easy as changing clothes, without any obstacles. For the child, this Yuyu motif or in Indonesian is a crab, can be awarded abundant blessings and fortune, and have a child (yuyu) a cage (many).

This Yuyu Sekandang batik is usually passed down (dropped) from his grandmother, so it means that the baby can always remember who his ancestors are and have a long life. Furthermore, the parents will also keep it, so that it can be passed on to their grandchildren later. In the people of Jogja, Yuyu Sekandang motif batik is interpreted by being used during the watering procession before the wedding ceremony as a seat during watering.