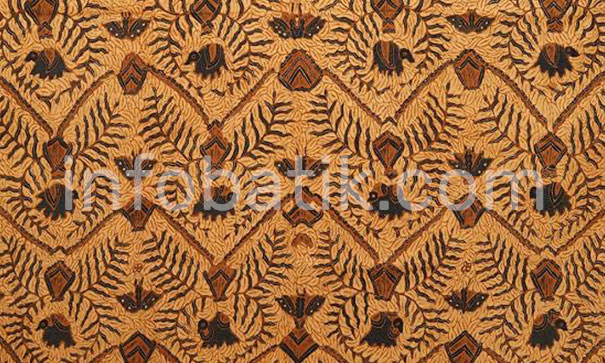 The elephant is an animal with a symbol of great strength. This batik asala Kesunanan Surakarta or Solo is depicted with an elephant standing upright and given several supporting ornaments such as plants. The flora in question is a plant that is believed to come from the Sleman area, Yogyakarta. Many believe that this motif was created because of the inculturation of Islamic, Hindu and Buddhist cultures. Long ago, this batik motif was widely used by the regents of Mangkunegaran (Surakarta) because this motif was believed to be a motif of greatness on certain occasions.

Birowo in Sanskrit means terrible and great in power. This also connects from the meaning contained in this motif batik, where someone who wears it is expected to become a strong leader and full of wisdom. Also, has a strong charisma so that all orders can be carried out by followers and society. The elephant itself is a symbol of science (in Hindu culture, the elephant is depicted as the god Ganesha or the god of science).