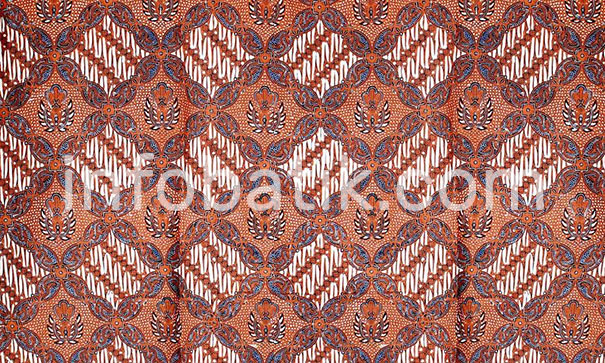 The Prabu Anom motif is one of the original batik motifs of the Yogyakarta Palace. This motif is depicted with symmetrical and geometric motifs, forming a circle in which there is a gurdo or garuda decorated or wrapped in a large kawung motif. On the diagonal side, there is a parang ornament which is specifically usually filled with parang klithik (small parang) or can also be filled with truntum motifs (small flowers) added with nitik, cement, and isenan. Etymologically, Prabu Anom comes from two syllables, where prabu means king and anom means young. Both are in Javanese, which means Raja Muda.

Because of this meaning, those who have the right to wear Prabu Anom’s motif in ancient times are the royal crown princes who will continue the throne of their father in the future. The meaning contained is that the crown prince will be able to continue his duties as king, lead the kingdom well, and maintain a noble culture that has always been passed down to the generations below him. In today’s modern era, the Prabu Anom motif is widely worn for mitoni events or seven months before the child is born into the world so that later they will be saved.