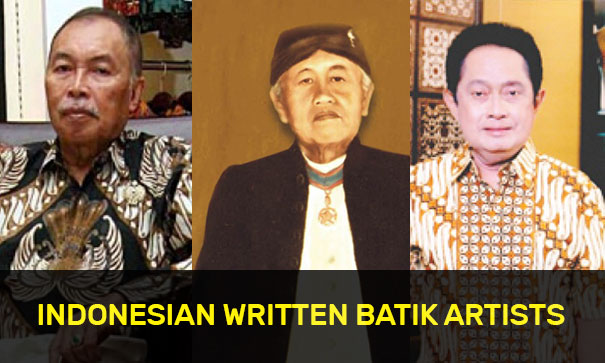 Born with the name Nusjirwan Tirtaamidjaja, Iwan is his nickname, raised with the thick Sundanese and Minangkabau customs of his parents, Mohamad Husein Tirtaamidjaja who is a former member of the Supreme Court. He graduated from the Faculty of Law, University of Indonesia, then continued his master of law at Yale University, United States and arrived at the London School of Economics. His love for the art of batik began when he received a grant from John Rockefeller III to study the culture of the Surakarta Sunanate, especially dance. Since then he has also succeeded in studying, developing and researching all things related to batik.  One of the high points of his career as a batik designer was when his work was used by heads of state at the APEC meeting in 1994. He is known for his thoughts and research on the philosophical arts contained in Indonesian Batik motifs which have thousands of various motifs. His work lasted until his death in 2010, he also received the Parama Dharma Culture Star from the President of Indonesia for his dedication to the Indonesian art world, especially the art of batik. After the death of Iwan Tirta’s artistic heritage, it was continued with the development of the Iwan Tirta Private Collection, which is oriented towards a premium-class Indonesian batik retailer that has more than 10 stores in Indonesia, and several foreign shops such as in Singapore and New York.

All Indonesian people know Indonesian batik, but few know Go Tik Swan (GTS). GTS is an Indonesian child of Chinese descent who has a deep love for batik. GTS is an alumnus of the University of Indonesia, Faculty of Javanese Literature who initially enrolled in the Faculty of Economics. His cultural career began when he was fluent in playing Javanese ballet. During the Anniversary of the University of Indonesia, he performed an artistic dance at the State Palace in the presence of President Soekarno, the First President of Indonesia. The dance that he performed at that time was the Gambir Anom Dance, a dance originally from Solo. With his flexibility, he managed to amaze President Soekarno. He was then invited to shake hands, inviting him to the State Palace, where he was later appointed as a cultural expert staff by the President.

His expertise in batik was practiced when President Soekarno heard that the Go Tik Swan family was a respected batik family in the city of Solo. Then Soekarno expressed his intention to GTS to make batik with Indonesian characteristics. After looking for ideas and inspiration, he came up with the idea to combine classic Javanese batik motifs with the distinctive coloring of the North Coast of Java which has bright and bright colors that make it a batik masterpiece that is widely circulating today. Because of his closeness to the Keraton Solo relatives, he founded the Surakarta Palace Museum, and after 10 years after it was founded, he was appointed Regent of Anom with the title Raden Tumenggung by Pakubuwono XII. His title mark was elevated to Panembahan, which became the highest title mark in Javanese history for ordinary people outside the Keraton walls. President Soekarno also gave a token of the title Satya Lencana Budaya. GTS died on 5 November 2006.

Santosa Doellah is the owner of Batik Danar Hadi. His business started in 1967 when he was 26 years old, after marrying his wife Danarsih Hadi Santoso. The name Danar Hadi is taken from the name of his wife. He started to employ 20 batik makers in his yard. His grandparents also gave him a wedding gift in the form of 29 packs of cloth and 174 pieces of batik cloth. The initial motif of batik that became his trademark was Wonogiren batik, which in 1970 became the turning point for Danar Hadi’s Batik expansion where he established many batik centers including Sragen, Klaten, Sukoharjo, Pekalongan, and Cirebon. In 1975 he then entered an era where batik was also in demand by the fashion world. He is diligent in participating in fashion exhibitions both at home and abroad such as in Singapore. Currently Danar Hadi also has batik export activities to the United States, Italy and Japan. The outlets are also spread across Indonesia, with more than 40 stores and several in Singapore and Jeddah, which also employ more than 1,000 employees.